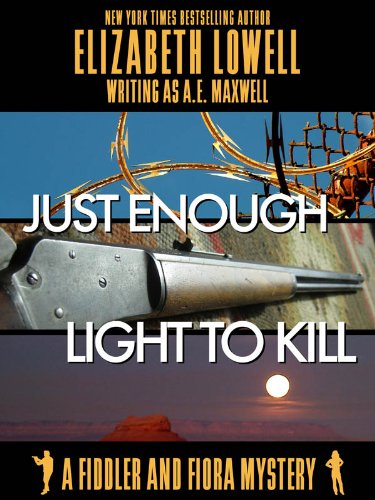 "Plan on reading this one all the way through. You won't be able to stop. "

According to Fiora, my dead Uncle Jake taught me more than I should know about adrenaline, smuggling, and borders.

I liked it way too much.

That was what drove Fiora and me apart.

Lately, though, we had been doing well together. I didn’t want to see it end. Neither did she. But yesterday always comes, as Jake used to say when he was stoned.

Today, it came with a vengeance.

An old friend-enemy who had saved my life had been killed on the wrong side of the border. I could no more ignore that than Fiora could ignore her fey dreams of trouble coming down at me with bullets to spare.

This time, I was smart. I wouldn’t let Fiora go south of the border with me.

But this time, the real trouble was north of the border, and it was Fiora’s beautiful neck on the line…