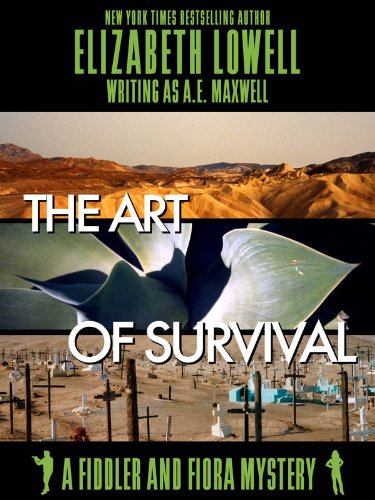 "The story is unnerving, mesmerizing and, when relief from fierce tensions is required, blessedly funny."

The Art of Survival

I had been on the road for weeks, trying to burn out my anger at Fiora for pulling in the FBI rather than letting me handle a case my way. Then a flat tire and a cold wind sent me into the shelter of a Santa Fe art gallery.

Before I was done, I found myself hounded by the IRS, forced off the road by Fiora, and under a cold-blooded murder’s gun. Along the way, there was a tax scam, a dead art professor, and a missing painting worth millions.

The good news was that Fiora and I were together again.

The bad news was that we could die that way.