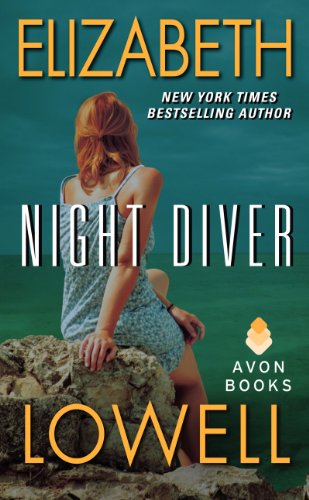 "You know when you pick up an Elizabeth Lowell book, you're going to get strong characters, a vivid setting and a thrilling story. "

After a family tragedy, Kate Donnelly left the Caribbean behind forever. But a series of bad management decisions has left her family’s diving and marine recovery business drowning in red ink. Now her brother pleads with her to come back to the island nation of St Vincent. Without Kate’s financial expertise, the iconic treasure-hunting enterprise started by her grandfather will go under. Unable to say no to the little family she has left, Kate heads back to the beautiful and terrifying ocean that still haunts her nightmares.

Holden Cameron was addicted to the adrenaline rush of active duty—including narrowly surviving an underwater explosives accident. The last thing the former British military diver wants is to babysit a family of thieves on a tropical island—even if they are the world-famous Diving Donnellys. But in his new civilian job, Holden must investigate the suspicious activity surrounding a Donnelly dive to recover treasure from the ancient wreck of a pirate ship.

When equipment, treasure, and even divers begin to disappear, Kate and Holden form an uneasy alliance to uncover the truth. But the deeper they plummet into the mystery, the closer they come to each other. Soon they are sharing their deepest fears and darkest secrets—and a combustible chemistry too hot to ignore.